Our Race Bike - Kawasaki ER650 Supertwin
Prior to being replaced by the Aprilia Racing RS660 Trofeo, the Two Daves Racing Supertwin bike of choice was the Kawasaki ER650 Supertwin. The bike started life as a mildly-tuned 650cc parallel twin commuter bike (called an ER6-n or ER6-f) as shown in the lefthand photo, but was converted into a "Supertwin" race bike by Two Daves Racing to become the bike shown on the righthand photo. The bike has over 87bhp at the rear wheel and can reach speeds in excess of 140mph. 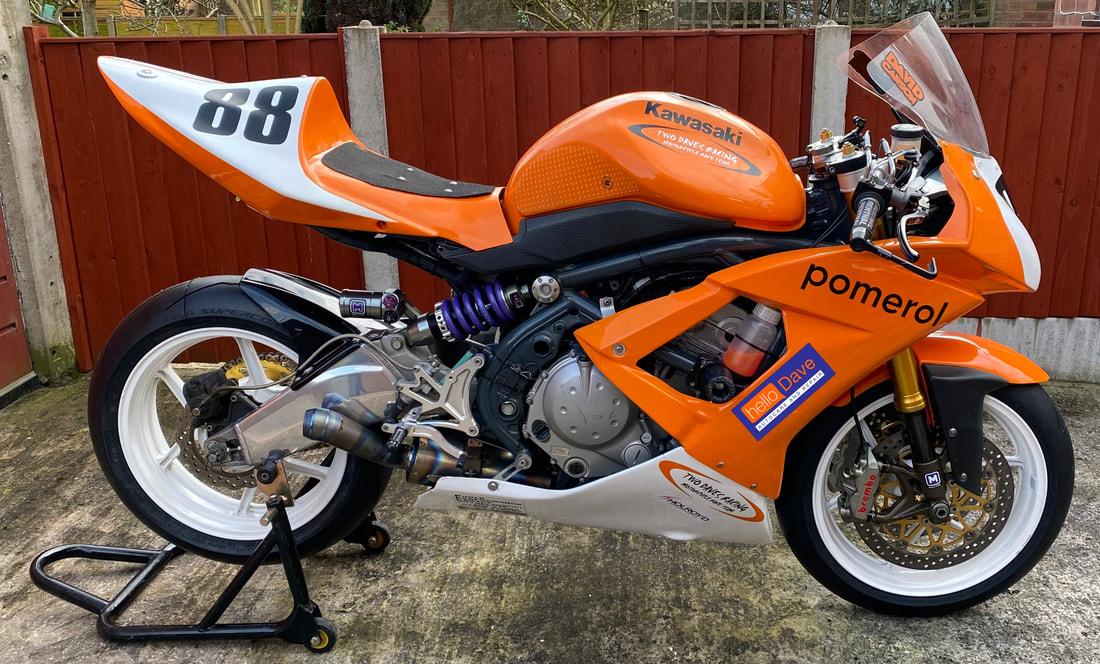 A brief specification of our Kawasaki ER6 Supertwin is as follows: 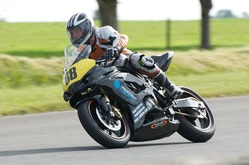 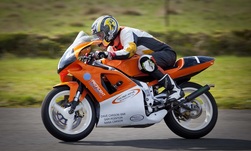 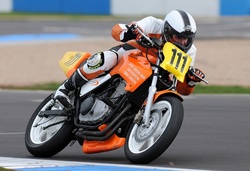